20 Apr Now that we have your attention about breast cancer… did it do any good?

Posted at 23:08h in Social Media Marketing by lesliewright531 0 Comments

Social media never fails to get the word out, but what if your goal is more than just awareness? Cyberactivism is one of the most powerful forms of social media mobilization, but is it really doing any good? Breast cancer awareness has had a huge awareness increase in the past few years, with a lot of credit going to social media “games” and memes. Several games include sending private messages to ladies only and asking them to post something that appears sexual in nature but really isn’t at all. One game asked women to say where they liked to put their purse. Posts included things like “I like it behind the couch” or “I like it in the kitchen”. These types of games are fun, make people smile, intrigue some, and the hope is to spread awareness for breast cancer. It definitely did, but did it do more than just spread awareness?

Let’s break it down into the good and bad of cyberactivism – starting with the good:

Now for the not so awesome areas: 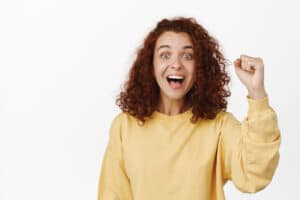 How can we evolve cyberactivism into more actionable activism? What if we did a challenge where we had a meme where everyone that posted it donated $1 to be a part of the “meme club” going around, and everyone that asked how to be involved had to donate $2 ($1 for the how/why and $1 to post) before we told them? Of course, nothing on social media is required, but it would be a fun way to take part in these knee slapper viral posts while also actually making a difference. Now each post could have a link to the donation site with a funny hashtag like #twoboobiestwodollars. If even a half a million people shared the posts, it could easily tip over a million dollars for the breast cancer foundation of choice.

We realize the activism comes in all shapes and sizes and everyone should find a way to feel included for good social causes. Not everyone can wash cards, run marathons, or have bake sales… but most everyone can spare a buck or two and share a funny post on social media! Next time you start an awareness cause on social media, attach an easy call to action to it to REALLY make cyberactivism… well… active!