04 May Weixin is Wei Cool

Posted at 23:44h in Uncategorized by lesliewright531 0 Comments

Weixin (pronounced way-shin), now known as WeChat, began in 2011 in Shenzen, China and has risen to one of the most popular social media apps in the world – even though it’s really only used in China.  So what’s the big deal and why do we care? You might be shocked to see that it’s currently larger than LinkedIn, Pinterest, Reddit, Snapchat, and Twitter.  Let’s dig into the facts from the Business of Apps: 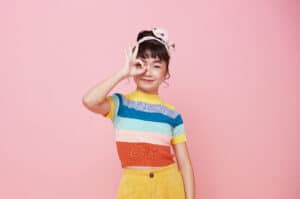 So what makes WeChat such a popular app? First of all, they knew their audience and they aimed to please. The company began with the purpose of targeting young people in urban areas who would embrace an all-in-one style social media app. Users have the ability to send voice recorded messages, they can use the app hands-free, send photos, read the news, see other’s locations, make purchases, send money – the possibilities just keep growing. Weixin continues to implement more features including fun games and opportunities.

WeChat Pay is a sub app with over 900 million users in China that was created to send/receive payments. One such oddity was the ability to make a payment/donation and select a certain pool of friends to receive it. WeChat then randomly assigned amounts to those friends. If a person chose to pay $100 to a friend pool, one friend might receive $50 while another might only receive $2. This teeters on the ol’ pyramid scheme or even gambling… but done in a very legal manner.

Another fun features it their “Message in a Bottle” mini app. This allows users to virtually place messages in a bottle with a beach like background. Other users can then randomly select a bottle to read, reply, and toss back into the “ocean”. I don’t know about you, but this feature alone makes me wish we used WeChat.

I’m not sure if it still works the same way, but a few years ago, I was an abroad English teacher for Chinese kids with a company called QKids.  WeChat was a required form of communications between all parties involved, but we could only use it if someone in China invited us and then approved us. I found it very interesting and a little bit creepy if we’re being honest. When I stopped teaching I was quick to delete the app just for security purposes. 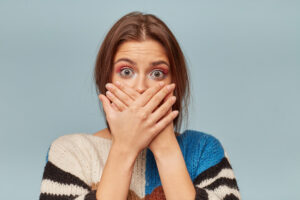 China is known for it’s censorship and control, and WeChat is not exempt from this. Mozilla reported that “WeChat allegedly censors private conversations automatically in real life, for both Chinese and non-Chinese users.” It is suspected that very identifiable information is shared within police stations across China. Additionally, in July of 2021, WeChat was reported to have shut down hundreds of LGBTQ+ friendly accounts. The Washington Post reported,

“A dozen WeChat users in the United States and Canada shared censorship stories with The Washington Post, ticking off cases of messages that they sent from their North American phones disappearing before reaching friends — at times when those friends were also located in the United States and Canada. Some users also spoke about being unable to log into their accounts after sharing information critical of China.”

It’s easy to see why WeChat is such a popular app in China, but it’s also easy to see why it should be used very cautiously (if at all) in other countries. Regardless of use, the ingenuity of the marketing forces behind the app are hard to deny. The audience research was there, the company listened, they thought outside of the box, and they continue to stay at the forefront of social media with new mini programs that provide both novelty entertainment and useful applications.